I have been aware of predators since childhood. Since I was four or five years old and first had a man’s penis in my mouth. Contrary to some knee-jerks here and elsewhere, the fact that I’m aware of predators in my environment does not mean that I think all men are predators. It’s one of those double-edged swords women so often find themselves at the wrong end of: If we get raped, we should have been more careful. If we’re careful, we’re alarmists (worse, we’re FEMINISTS) who believe all men are out to rape us. There’s no winning with some people.

But those are not the ones we seek to reach this month. Over the next few weeks, while the Steubenville wound is still open and oozing, it’s our job to appeal to those people who are not yet aware (or not yet aware that they’re aware) but are ready for awareness. We’re not preaching to the choir or trying to make the blind see–we just need to be vocal enough and authentic enough to reach those who are out there listening, absorbing, and becoming warriors in their own time, at their own pace.

I’ve seen it happen. I know how powerful our stories can be. Share yours. The world needs your voice.

Note: Lest anyone think that the point of #AlwaysAware is to put the onus of rape prevention on potential victims, it is not. The point is that (most) women are always aware of potential of violence. We are taught to be afraid and trained to be vigilant. Sexual Assault Awareness Month is not for us–it’s for people who don’t spend every day of their lives alert and aware and looking for ways to keep something like this from happening to them. It’s for people who don’t understand how often women experience assault. It’s for those who believe that women, not men, should be responsible for preventing male-on-female rape. Until we’re all #AlwaysAware of the problem of rape culture, women will continue to bear the weight of that awareness all 365 days of the year.

I’m adding new posters as often as I have time to make them. I’ll replace the one at the top now and then, and add alternate ones here.

The idea for “Always Aware” started with a Twitter chat with the Sin City Siren and was further inspired by the above illustration by Laura Boyea (used with permission).
Respectful discussion is welcome and encouraged. When in doubt, see the Comment Policy.

The Awesome and the Ugly

This week I saw this dress on Facebook and I LOVED it. LOVED the image, the fact the dress exists, that the woman wearing it probably made it herself, the fact that I could possibly own such a thing or make something that clever or cool. I shared it with my beloved Geek Girls Book Club* (GGBC) because I knew everyone there (male and female) would love it as much as I did.

It never occurred to me (and never would to anyone in GGBC) to shame this woman for her size. But I’m lucky that way–I hang out with a better class of people than the ones you’re about to meet. (Also, I think she’s gorgeous.)

Unfortunately, we all know they’re out there. And as this awesome blog post on The Teresa Jusino Experience articulates so eloquently, when it comes to these sorts of Internet “critics,” women find themselves between a rock and a hard place:

The article’s overall thrust goes deeper, though–to the core of one of society’s most stubborn prejudices: fat-shaming. Male or female, people who exceed our collective, unspoken, ever-evolving body-size limit can expect us to treat them as somehow undeserving of our respect simply because of the extra weight they (we) carry around.

I am overweight by medical and societal standards. Men have called me “fat bitch” or “fat ass” on the street (or in my back yard). I’m not obese (by the above standards), so women don’t usually get in on the act (though it’s always hilarious to have a thin friend sit across from me at a restaurant and talk about how fat she is–I don’t take it personally because it’s not about me). But I grew up with a father who disdained fat, shamed my mother if he thought she’d gained weight while he was away on one of his trips, made crude comments about “fat girls,” and started shaming me when I was a teenager as soon as my body began displaying some curves. Between that and what I saw in the media, it was always clear to me that I didn’t measure up. And for people larger than I am, the problem goes from a voice on the inside saying “I’m not good enough” to people saying “You’re not good enough” in so many ways both literally and by treating “fat” people like they’re somehow failing at life.

I’ve been guilty of making stupid assumptions about all sorts of people, including “fat” people. But I learned as a child the difference between cruelty and kindness, and as an adult I learned about tolerance, and acknowledging privilege, and that mistakes are part of learning and I can grow and be a better person. What I haven’t learned is how to reach people like the ones above who still think it’s ok to shame someone for any reason because, like with so many people who make asshole comments like this, it seems that anyone who calls them out on it simply has “no sense of humor.”

That’s all I’ve got in me for today, friends. Sorry for the sporadic nature of my posts of late, but in addition to everything else, my old dog left me this week and I’m trying to keep up with work and life one day at a time. I’ll get it back together sometime soon. Meanwhile, thanks for sticking with me. It’s good to know you’re out there.

Happy Holidays, Best Wishes, Joy, Love, and All That Jazz

A Few Good Reasons to VOTE

The United States of Misogyny

This will be a rant. You have been warned.

When I saw this flag, I had one of those YES moments. It sums up so much using so little real estate, and yet, it reminds us that it represents the tip of the iceberg because it stands for a nation that still accepts sexism as normal. That is not to say we like it, or that we support extremist efforts to roll back women’s rights. But in a society that treats women as less in so many subtle ways, it’s difficult to avoid becoming a participant in the abuse.

Some well-meaning folks who believe they are feminist allies unfortunately aren’t self-aware enough to learn from criticism that tells them their behavior is part of the problem, so they perpetuate that behavior amongst their well-meaning, feminist-ally circles and make things worse. (Poster-child for Progressive Sexism: Bill Maher.) And even the best of us (and I’m far from that) find–when we’re honest–that we contribute now and then. In a climate like that, how much easier must it be for the true misogynists, the powerful men who fear powerful women, to propagate their ideologies?

It’s just a few wingnuts, some people say. Well, I call bullshit. When you’ve got Pat Robertson on national tv telling husbands to move to Saudi Arabia so they can beat their wives, when judges set rapists free and blame victims or claim that silence=consent, when advertising LITERALLY reduces women to their parts, when women can’t walk the streets and feel safe, when girls and women experience multiple assaults throughout their lifetimes and it’s not even uncommon…well, I just don’t see how anyone can deny that there is a deeper problem than a few extreme right-wing politicians and religious fanatics (not to be redundant).

What are we going to do about it? Here’s one suggestion:

And as long as we’re solving the country’s (and the world’s!) problems using only viral Internet images, here’s another:

I’d love to hear yours.

I made this for you. 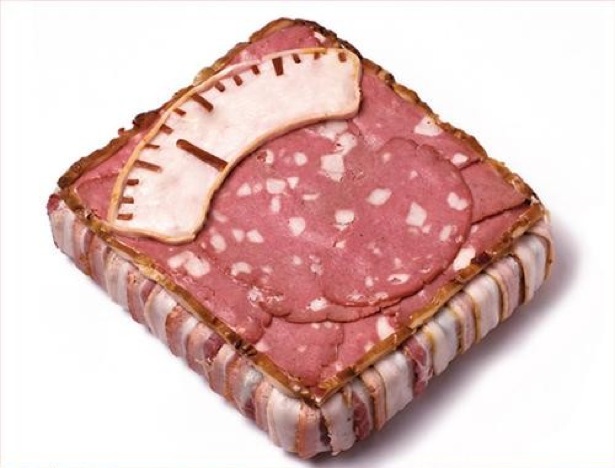 One of the world’s great leaders, she sacrificed years of her life for her people though she could have gone free at any time if she’d left her home. Read more about Aung San Suu Kyi at Wikipedia or see the Patricia Arquette movie Beyond Rangoon for a more visceral glimpse.

(This is also the feminist quote of the day at Damn Right I’m a Feminist.)